About Creating Synergies and Gill Wyatt 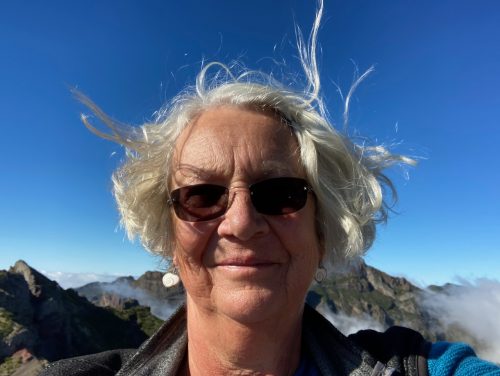 When I was a counselling/psychotherapy tutor and workshop facilitator I started noticing that sometimes groups kinda took off. They seemed to function at a higherlevel and particpants would report having a special experience. Some called it spiritual. They spoke about becoming more fully themselves at the same time as feeling a heightened sense of belonging to the group. I was excited by this, if groups could function at this higher level and feel more connected then perhaps this could lead to a different quality of thinking and decision making that could work for the good of all.

This was in 2001, I had been a counsellor, psychotherapist and supervisor for over 15 years. I had set up and managed a successful BACP accredited Diploma in Counselling. I knew individuals were helped but the world seemed to be getting worse politically, socially and ecologically.

I trained as a counsellor and psychotherapist in the 1980’s at Metanoia in London because of my disallusionment as a nurse. Patients on medical wards seldom recovered. Their symptoms were managed with ever greater side effects, which then also had to be managed. My interest in holistic medicine taught me about the psychological and spiritual aspects of health and wellbeing and motivated me to train as a psychotherapist.

Now here I was again frustrated by my ‘newer’profession’s inability to help with the ‘big problems’ of our day. I did a Masters in Human Ecology that allowed me to roam through the new sciences, philosophy, sociology, politics and ecopsychology. It extended my knowledge base considerably. My thesis was all about researching synergies – these memeorable experiences in groups. I had experienced how being vulnerable and honest in groups whilst also accepting and understanding others, had brought about this higher level of functioning where the collective thinking allowed new ideas and creativity to flow. It wasn’t that there wasn’t conflict but when conflict was accepted and explored with respect then a newness originated.

Creating synergies is the application of these experiences and my research. It has led me to run workshops, facilitate large groups, facilitate culture change for staff groups, carry out community research projects and setting up and running a social enterprise.

I still have a small counselling, psychotherapy and supervision practice.

On the resources page you can access some of my writing and find out about what I have found inspirational.